After a fitful night of sleep, having witnessed the prior evening’s debauchery, we arose just in time to get the train rolling from the hotel. After a quick breakfast, the player meeting commenced, where we were informed of the local customs and schedule. At once, the games were underway, with our own Mr. Do on the opening joust, in a battle against clubmates. 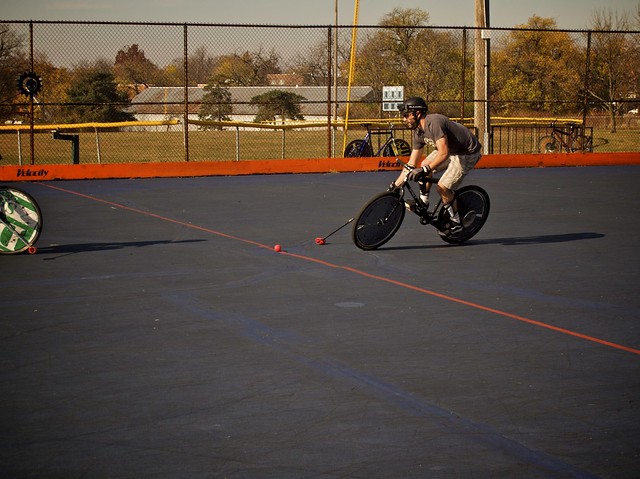 Dustin In The Opening Joust by bjornery on flickr.

Jerry was shooting like a laser for PB&J, and Kat had some great offensive plays with Hot Lava. 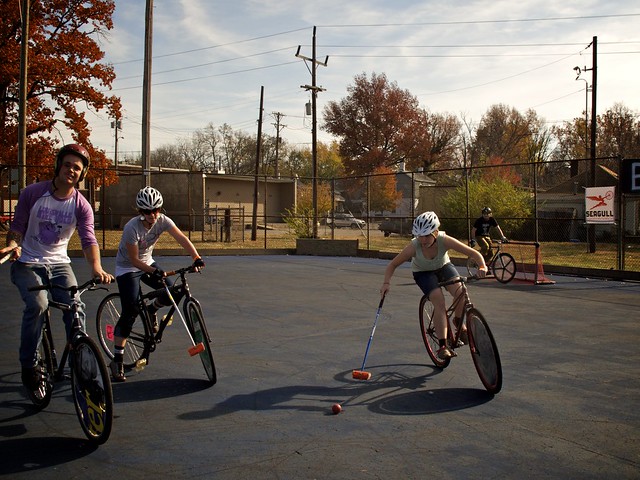 Peanut Butter & Jerry (Sven, Dustin & Jerry) opened by beating Hot Lava, then lost two in a row against some super-tough teams: MWBPC8 MVP Chris Simpson’s team Killer Boots (5-2) and Lexington’s Red-Bearded Boner Makers (4-1). They won their next game against Beard Face from Little Rock 3-1, and made it into the Double Elimination bracket by beating Medusa’s Quiver (Pittsburgh) 5-1. PB&J ended up ranked 7th in their group of 25 with a record of 3-2-0.

Hot Lava (Kat, Landon & Greta) lost the aforementioned game to hometown glorykillers PB&J, but then won their second game against Louisville 3-2. They tied with Two Lads & A Lass, then lost to Rage Coma 3-2. I’m missing a game, but they ended up 2-1-1 and did not advance to the double-elimination brackets.

In the afternoon (well, evening…it was basically dark), The Placeholders (Wade, Ramon and I) played Wardens (Capt. Jake, Matt Hewitt, Zach)—who ended up in 3rd place. Obviously outmatched, we lost 4-0. We then beat Pittsburgh’s All-American Badass 2-1. We had an A-court matchup against Chicago’s Team Adorable in what was the most fun game of the tounrament for me, losing to them 2-1. We then moved over to C court, under the light orbs. Lighting was bad, but it affected each team equally I think. The Placeholders lost 2-0 to Lex’s Lady & The Tramps (sorry for hitting you in the face, Rich!) In our last game, we beat Cerebral Ballsy (Chicago) 2-0, but it wasn’t enough to get us into the bracket with a 2-3-0 record. 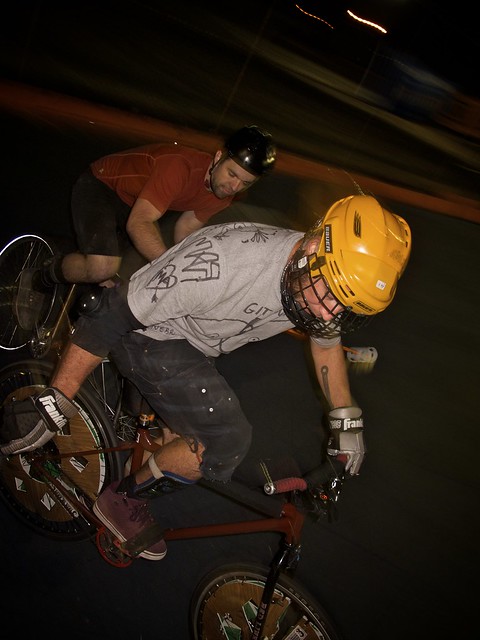 Get Some Five Dollars, hereinafter referred to as Get Some, were better suited for the task of tournament victories with their matching jerseys (designed by Ebbin himself) and secret weapon—Nick D. They opened with 0-0 tie against the D.C./Florida team Beginner’s Luck, shut-out (5-0) Cerebral Ballsy, then beat Shit Show (Birdie’s great team with female MVP Maija) 5-3.

After their first loss to Hunter’s Heroes (4-3), they were still ranked 5th in the evening group with a game to play. It was a sweet game, and the Heroes took 2nd place in the tournament, a testament to Get Some’s defensive skills. Their final win was a comeback against King Shin Beef from St. Louis. At the end of the rounds, they were 3-1-1. 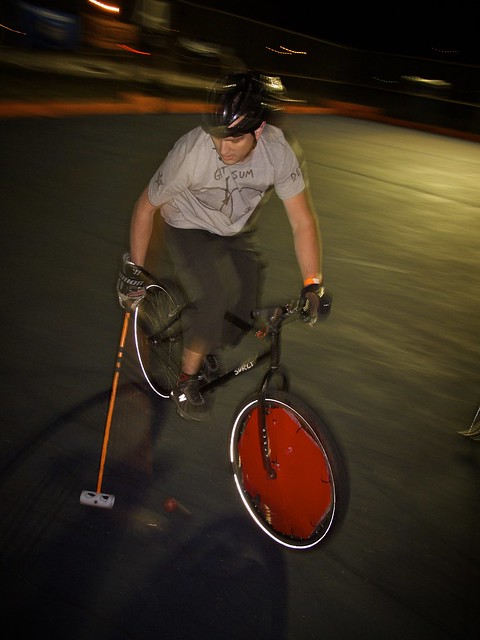 Having all had a hard day of polo, we returned to the Sidecar to secure cheap food and liquid refreshment. More merriment ensued. 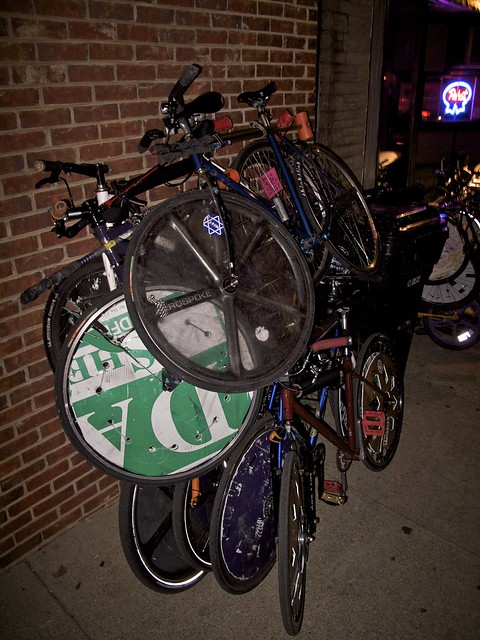 Huge thanks to Christopher Berg for persevering through the rain to capture 33 of the 44 teams that came down. We tried to herd everyone over there but missed a few teams.

Over 25 clubs were represented and the photos show a great cross section of Midwest hardcourt bike polo and beyond.

You can contact Chris at christopherolafberg.com and check out the outtakes from the photo shoot in the gallery here.

Oh hello. Minneapolis Bike Polo is proud to present the Midwest Bike Polo Championships 8, to be held the weekend of May 22-23 in Minneapolis, Minnesota. More details will be forthcoming shortly, but we expect this to be one of the most widely attended and fun tournaments for players of all levels. We look forward to seeing you all in May!